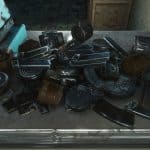 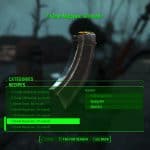 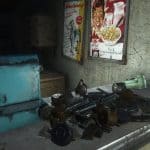 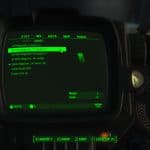 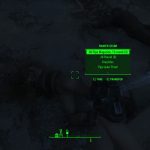 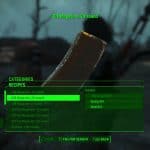 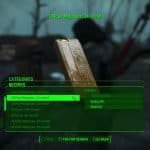 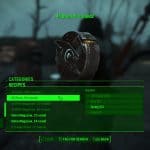 A companion mod to my Fusion Cells are Batteries, BAM attempts to integrates gun magazines seamlessly into the game while keeping compatibility high and bug-free compared to other mods with similar features.

Features
Many guns now feed off of magazines, which is a single unit of ammo that provides many shots very similar to fusion cores.

Magazines largely reflect vanilla magazine mods, minus the quick loading mags. Magazine mods on the guns can now be freely switched between each other for free and do not produce loose misc mods unless stated. Magazine mods do not affect weight and value any more, but other bonuses still apply such as enhanced reload speed for smaller mags.

When reloading an empty magazine, you will receive the misc empty version of the magazine, which can be scrapped for the same amount of components used to create the magazine (minus ammo of course).

Magazines can be assembled at the Chem station or with a Magazine Loader Kit and require a number of the loose ammo and some steel and spring (additionally gears for drum magazines). Magazine Loader Kit is an Aid item that can be crafted and allow you to assemble magazines anywhere as well as act as a portable weapon workbench to allow you to switch out magazine mods (and more if you want, since I haven’t found a way to limit it/create specific or unique weapon mod recipes for different workbenches). To use it, simply try to equip/consume them as you would a food item and the crafting menu will appear after you close your pip-boy.

Basic+DLCs
Retains all the features from the above file.
Applies magazine functionality to a handful of rifles from Far Harbor and Nuka-World.

Extended
Retains all the features from the above file.
Applies magazine functionality to many other weapon types that could use such features.

Compatibility
For the Basic version, the only edits made were to weapon magazine mods, their respective recipes, and a couple receivers mods (Advanced Receiver on the Hunting and Combat Rifle to remove their conversion). That’s it. No edited weapons, level lists, or ammo. Everything else is a new/standalone entry, so compatibility is fairly high.

For the Basic+DLCs version, it retains the same type of edits as the above, but I’ve also edited the December’s Child’s level list (DLC03_LL_M4_Weapon) and it’s legendary effect. So watch out for that if you pick up a mod that makes changes to that unique weapon. (which doesn’t seem to be many if at all, poor kid…)

For the Extended version, most additional changes are actually listed in the feature spoiler above.

Other notes and tips
If you find that you don’t have enough ammo/materials to craft a sizable number of magazines for a gun, you can always rely on a gun that loads loose rounds instead of magazines. These guns can include Revolvers, some Bolt-action guns, Break-action Shotguns and Lever-action Rifles.
All magazines found will be fully loaded. This is because there’s no way currently to add an interface to tell you how many rounds remain in a magazine.
The Hunting Rifle as additional magazine modifications that allows it to accept loose rounds for a minor reload speed penalty, including a .50 caliber mod.
Receiver mods that converted ammo types are disabled or edited to simplify functionality. I may add a file that implements a new ammo type mod slot at a later time.
Currently, as far as unloading magazines to access loose rounds, I have added only basic recipes to return the full ammo amount without magazine materials to the Magazine Loader Kit. I may expand on this later as this isn’t something that’s as simple as it could be to implement.
For Far Harbor’s unique weapon, December’s Child, I allowed it to freely change between 5.56mm and .45 magazines in favor of simplicity and compatibility. The weapon is also truly lighter like the description states. (15% lighter overall!)

(Predicted) Frequently Asked Questions
1. Can I see how many shots are left in a magazine?
No, not currently. Other mods left the keyword “PowerArmorBattery” on ammo to let you see the charge percentage of ammunition like that found on Fusion Cores, but this also registers the ammo as a Power Armor Battery, essentially breaking power armor as there wasn’t meant to be more than one power armor battery. Because of this, all magazines found as loot are fully loaded.

2. Does this work on existing saves?
It can! Just make sure to craft yourself some magazines before you head into battle if you need to do so.

3. Can you make a patch for X weapon?
Right now I want to develop the BAiM until I can’t make any more additions and fixes to it (when version is 1.0). After that I’ll consider making weapon patches if I feel like it and have the time to. (I’m more likely to do it if the weapon is especially lore-friendly). Otherwise I’d like other users to create patches and release them on Nexus. If you do so, let me know and I’ll provide a link to it in the description here.

4. Is it easy to make a patch?
It can be depending on how the weapon is set up.

In a simplified explanation, to set up a nexus weapon mods to work with magazines from BAiM instead of loose rounds, you just need to add 3 entries to the weapon’s magazine mod. One to change the ammo type to the magazine, another to set the NPCAmmoLootList to a leveled list of the same magazine type, and lastly to add an Enchantment which will allow the weapon to give back empty magazines upon reloading. This is the bare minimum that can be done to have a functioning (personal) patch. The rest of the work can be just editing Construction Objects entries to make magazine mods free to use or disable them.

I’ll add a detailed walk-through article later on for the general patching process.