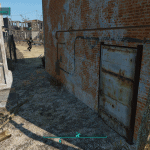 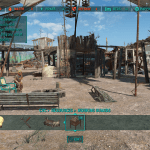 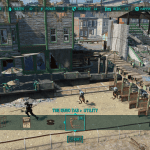 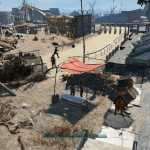 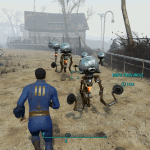 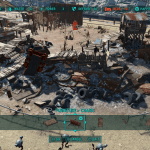 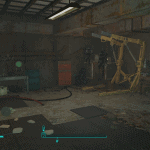 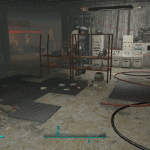 This mod makes Easy City Downs location into a player settlement and adds a simple, tech-themed interior workshop player home to one of the area’s buildings. The Triggermen and racing bots are now player friendly, so you can build a settlement while Eager Ernie comments on the bot race! Pre-combined Meshes fully intact.

I realize this location has a couple of mods, but none did exactly what I wanted. This mod makes Easy City Downs into a fully functional settlement, and adds a player home with a linked workshop to a nearby building. This means the interior home and it’s workbenches all share resources with the exterior settlement workbench. Eager Ernie’s keys have been placed on the 1st floor front desk of the main building. Both Workbenches use the large toolbox model instead of vanilla workbench, exterior is in the shed building on the ractrack, and interior bench is just down the stairs of the entrance. The interior player home features Pra’s Laptop Terminal. You can build the laptop in your settlements with this mod.

My main goal was to have the bots continue racing, and for Eager Ernie to continue announcing the race. He will announce indefinitely until you,
or a settler walks into the room he inhabits. The bots and triggermen
cannot be assigned in workshop mode at this time. you can use the robot terminals to release 3 “reserve bots” to join the race along with a few other options. Releasing the bots will also cause Eager Ernie to stop talking.
ALL traps and hostile raiders have been removed. There are 4 triggermen unique to this location whose faction I changed to player friendly. Their sandbox keeps them close to their locations, and they can’t be assigned, but I do intend on making use of them in a future update.

Navmesh within the racetrack and main building have been edited so that NPCs sandbox everywhere better. I mostly merged vertices and overall made the triangles more efficient than the auto generated navmesh. I use Xedit quite a bit to be very, very meticulous about navmesh.

I added a couple walls to some of shacks in the main area, but didn’t change the layout at all. I disabled some clutter to clear space for settlers, but I didn’t touch any static objects that are part of any pre-combineds. Thanks to Xedit I am able to make sure that this mod 100% does not break pre-combined meshes. This also means that most of the structure and static clutter aren’t able to be scrapped. I HIGHLY recommend place everywhere, which will allow you to scrap some of the objects that wouldn’t otherwise be able to scrap.

This mod requires all 6 of the DLC content. I did this because for me and many others the DLC is a massive part of Fallout 4. It affects the games files and adds a lot of content that was intended to be a part of the game. Anyone is welcome to remove the unused masters with Xedit.