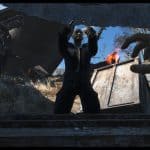 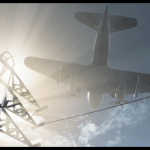 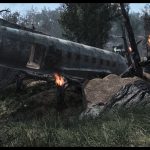 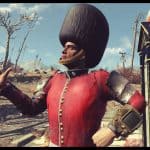 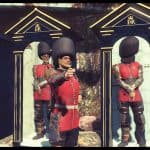 This mod contains 4 outfits with an additional hat, guard box, custom new items, new NPCs, small trigger quest that will place an immersive trader into the Commonwealth to give the player access to all future London based items and a workshop settlement menu.

This mod is the release platform for all future Fallout: London teaser asset releases.

It contains a small trigger quest that will place an “immersive” based trader into the Commonwealth to give the player access to all future London based items which also features a workshop settlement menu.

+ This mod is intended to be unobtrusive and immersive in operation and designed in an exploratory way.
+ Install mod as per normal through your chosen mod manager.
+ This mod is triggered by travelling past the green car that is in between Sanctuary and Red Rocket.
+ The Workshop Settlement Menu should be available as soon as mod is installed.

(Spoiler) Location:
+ The aircraft crash site is near by ArcJetSystems with a plane marker.

+ If you have an opinion such as the one above, please be reminded that this mod is intended to be ‘loosely immersive’ and designed as a way to deliver Fallout: London’s standalone items without obtaining them through console commands or the chemistry workbench – We decided this is more ‘immersive’.