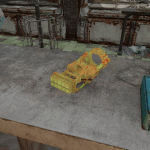 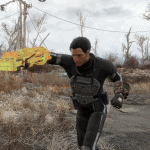 This mod adds a glow texture to the super-heated saturnite fist from shoothemoon’s saturnite fist mod. I got it to where it looked a lot like the picture of the NV version from the wiki but was unable to make it look more like how it did in-game.

Obviously this can be improved, and I may do that at some point, assuming doesn’t add his own glow map before I feel like improving mine.

I’ll keep this mod up until shoothemoo adds glow to his mod, I just made it so I could have glow on his already made weapon.