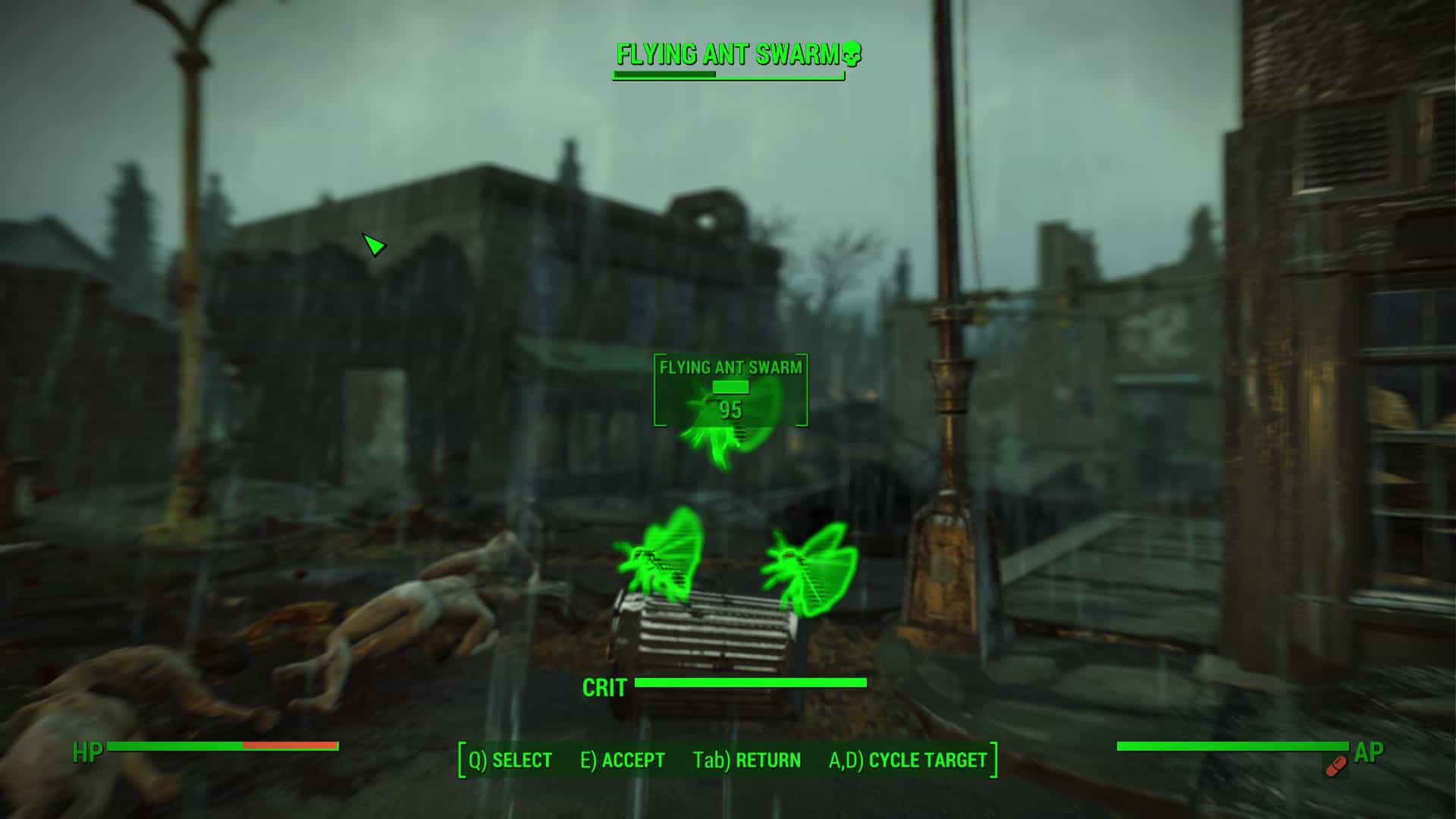 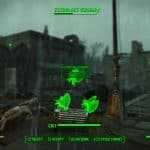 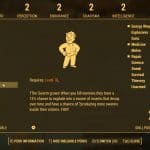 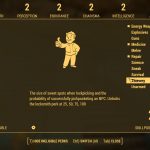 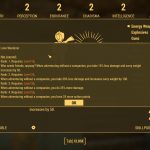 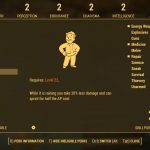 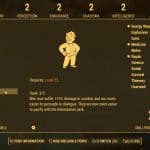 Skills and Traits return to Fallout 4!
Hot Diggity is a total overhaul of the leveling system of Fallout 4 with the reintroduction of skills, traits and adds a large number of new perks to play with!

THIS MOD IS CURRENTLY IN BETA
While I have tested to ensure that all perks function at a glance, I am only one person and doing this in my limited spare time, as such perks may not function as intended. They are undoubtedly unbalanced. In the coming weeks, I am looking for a large amount of feedback in regards to balance and any other issues.

Once I have a better grasp on balance for the mod, I intend to resume the implementation of new perks and traits. I am always open to suggestions for new perk/trait ideas.

Features
A reimplementation of the skill system similar to that of previous fallout games including 11 New skills
A return of the traits system seen in New Vegas
¬30 new perks (depending on how you count them) to provide more variety to each characterThese perks have been drawn from other fallout games, mods for other fallout games or my own creations
Perk requirements have been implemented to encourage character diversity and encourage replayability
The modification of many boring vanilla perks, who wants to waste a precious perk point on +20% damage with pistols?
The player starts the game with both ranks of local leader (Essential for any settlement builder)
Dramatically reduces the number of SPECIAL points available at character creation from 21 to 14
The addition of a level cap of 60

The exact details of these features may vary dramatically through the life of this mod as I respond to feedback.

Setup/Installation
Install with a mod manager of your choice, start a new game within the first few minutes you should get a popup to choose your Traits and Tag Skills.
The mod should plug and play, if anything about the mod is unclear please let me know in the comments and I will help to clarify.
Enjoy!

Traits
Early Bird
From the minute you wake up, you are on top of the world, it’s such a shame that enthusiasm tends to disappear before you can even get lunch in. You gain +3 Specials between 5 AM and 12 PM and -1 at all other times.
Finesse
Your shots tend to be an all or nothing sort of deal either they are blowing people’s heads off, or the enemy barely notices them. You gain a 15% critical chance, but you deal 20% less damage at all times.
Heart of Gold
People just can’t help but appreciate your good nature; sadly, that golden heart of yours is a great conductor. You gain 2 Charisma but take 10 irresistible damage from laser weapons.
Heavy Handed
Those big fists sure come in handy. You deal 25% more damage with Unarmed attacks, but unarmed attacks in VATS cost 20% more.
Kamikaze
Someone won’t live to see tomorrow, and you don’t care if it’s you or the enemy. You deal 25% more damage and take 25% more damage.
Killer Instinct
Boy, don’t you just love killing, here you go killing again! You now gain 300% the experience for kills but 25% the experience from all other sources.
Logan’s Loophole
Live wild and die young! Chems now last 3x as long and are 2x as strong, but you will never level above 40. PREVENTS MANY HIGH-LEVEL PERKS!
Small Frame
Light as a feather and as brittle as glass. You gain +2 Agility, but your limbs cripple 30% easier.
Tin Titan
You know how to push power armor to its limits. While in power armor, you gain +3 to all of your SPECIALS, but drain fusion cores 70% faster, and while out of your power armor, you suffer -1 to all your SPECIALS.

Hunter
Rank 1: It’s nice to not always be the prey in the wasteland. You now deal 15% more damage against animals.

Rank 2: It’s nice to not always be the prey in the wasteland. You now deal 15% more damage against animals and have a 10% chance to restore all your action points on killing one.

Rank 3:It’s nice to not always be the prey in the wasteland. You now deal 15% more damage against animals, have a 10% chance to restore your action points on killing one and deal 3x sneak attack damage to them.

Quick Learner
Rank 1: You now gain 5% more experience for every point you have in Intelligence.

Rank 2: You now gain 10% more experience for every point you have in Intelligence.

Rank 3: You now gain 15% more experience for every point you have in Intelligence.

Deadly Prankster
Can a practical joke go too far? You can now place a live grenade in a person’s inventory.

Rank 2: It’s hard to believe you aren’t part Bighorner. Fall damage you take is reduced by 70%

Rank 3: It’s hard to believe you aren’t part Bighorner. Fall damage you take is reduced by 100%

Sunny and Smiling
The days bright as your disposition! Plus 2 Charisma during daylight hours 6 AM to 6 PM

Birthday Suit
Rank 1: It feels like I’m wearing nothing at all! Suits now have 0 weight when worn by you.

Rank 2: It feels like I’m wearing nothing at all! Suits now have 0 weight when worn by you and grant +2 Agility.

Sneering Imperialist
You excel at putting down those unwashed masses. 20% bonus damage against Minutemen, Raiders, Railroad and Trappers faction

Abs of Steel
Bullets can’t break your Abs of Steel! You take 2% less damage per point in strength as long as they have no chest armor. (Raider, Leather, Synth, Metal, etc.

Cyborg
Self-improvement through SCIENCE! You are just a little bit better than your fellow man. You gain +10 to all resists, and you have almost perfect aim with laser weapons

Bombing Run
Enemies killed have an extra chance to be carrying grenades, the quality and quantity of the grenades improve at higher levels.

Bullet Shield
While firing a weapon, you gain 20 damage resistance.

The Swarm!
The Swarm grows! When you kill enemies, they have a 15% chance to explode into a swarm of insects that decay over time and have a chance of producing more swarms inside their victims. FUN!

Quantum Chemist
Rank 1: You’ve learned the secret to condensing Nuka-Cola. You can now convert 5 Nuka-Cola’s into a Nuka-Cola Quantum at any cooking station.

Rank 2: You can now concentrate 5 Quantums into a condensed Quantum Syrup the provides intense bonuses.

Rank 3: You can now flavor the syrup to create powerful chem/Syrup Hybrids

Monkey’s Paw
It’s always confusing when your enemy draws your weapon on you. You can now steal equipped weapons.

Explorer
Reveals all map markers but doesn’t discover them, so get out there and explore!

Laser Commander
You think lasers are cool and there should be more of them in the world! Your laser weapons now cost 30% less in VATS.

Right as Rain
While it is raining, you take 20% less damage and can sprint for half the AP cost.

Endless Runner
You can sprint indefinitely outside of combat, and sprinting in combat costs 30% less.

Investor
Allows you to invest 500 caps in vendors

Blindsided
How is this even possible? You can now steal equipped armor.

Rapid Cell Growth
This mutation turned out better than expected! You now regenerate a small amount of Health at all times.

Do you feel shortage of some options and features in Fallout 4? No worries, we have an exclusive offer for you – Fallout 4 Mods. With these mods everyone can develop the game and adjust to individual needs. Play smarter and get the best with Hot Diggity (Progression Skills and Perk Overhaul) Fallout 4 Mod – your competitors will be powerless. Surprise them right now and increase your score right now. You are able to update your game within few clicks. Don’t miss this chance! If it sounds great, don’t wait a second anymore, this is a perfect chance to get the significant benefit against your competitors without spending much time or money.