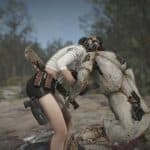 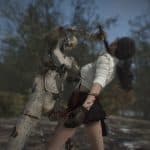 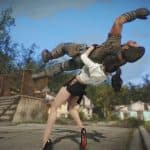 80+ kinds of grab attacks for fun.

Features
﻿Changes all human killmoves to normal combat skills. Including all weapons and H2H.
All Non-killmoves are also included.
﻿NPCs will use them randomly in melee combat. For player character, use power attack button.
These grab attacks won’t kill targets instantly. They do standard melee damage.
Removes some restrictions of weapons, angles, races, and stealth conditions for animations. All actions have chance to be triggered.
The trigger chance of each attack is carefully adjusted to ensure that they are triggered evenly.
﻿Hit events are added to some animations to make them cause damage.
Restored some cut animations.
﻿A total of 80+ kinds of attack moves. Including new moves from DLC.
Works on all humanoid NPCs and player character.

Safety and compatibility
Completely safe to install/uninstall at anytime as it doesn’t contain any quest and script.
No performance loss.
﻿Won’t conflict with any mod unless it changes the same records.

About gameplay
This MOD is designed to show richer combat actions.
It also makes melee attacks become more tactical skills. Not only for damages.
Watch out melee enemies.
Recommended to use optional files to increase melee combat scenes.

Do you feel shortage of some options and features in Fallout 4? No worries, we have an exclusive offer for you – Fallout 4 Mods. With these mods everyone can develop the game and adjust to individual needs. Play smarter and get the best with Human Grab Attacks Fallout 4 Mod – your competitors will be powerless. Surprise them right now and increase your score right now. You are able to update your game within few clicks. Don’t miss this chance! If it sounds great, don’t wait a second anymore, this is a perfect chance to get the significant benefit against your competitors without spending much time or money.