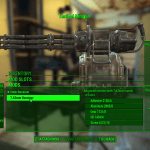 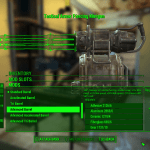 What does this mod do?
This mod changes the base damage of the minigun to 12 and adds a receiver option allowing you to switch between 5mm rounds and 7.62mm rounds. It also adds 3 new barrel types based on the base barrels which further increase damage and add armor piercing properties.

It basically puts the minigun on a similar levell as the Gatling Laser.

Detailed changes:
Increases base damage from 8 to 12.
Adds a receiver option with 2 options:

Vertibirds:
A separate file is added which contains all of the above but also the following changes:

7.62mm Ammo:
An optional file is available for those who wish 7.62mm ammo is available in the Commonwealth and not just the expansion Nukaworld. This adds 7.62mm ammo in a similar ammount as 5mm ammo to vendors such as Cricket, KLEO and Arturo. Available after reaching level 24.