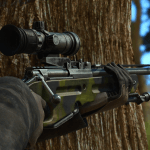 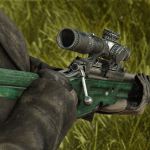 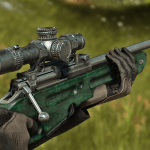 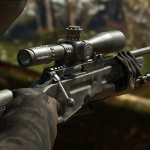 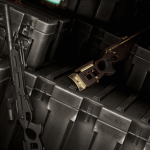 “I’ll do what’s necessary, sir… Good Luck.”
This mods adds the SV-98 Sniper Rifle with many attachments from practical to cosmetic.

REQ
Fallout 4 Version 1.10.162 or Higher
Due to recent changes in the latest updates to Fallout 4 and the Creation Kit that were done to expand the number of forms plugins can have means this mod and a majority of mods to release from now will not work in any version prior to 1.10.162, if you find your game crashing or
the mod just ‘not appearing’ after installation then it is likely you are not running this version of the game and you will have to update.

The custom animations are first person only but it will work with any hunting rifle right handed replacer such as:
– Fappar’s
– Hitman’s
– WarDaddy’s

I also recommend using an ENB that replaces the vanilla bloom as it may over bloom the reticles in a way none of the ENBs used during testing do. I personally use Seasons of the Abyss and some colour tweaks in reshade.

FAQ
– How can I get the weapon?
There are 3 ways of getting the weapon:
– Crafting at a Chem Lab
– Finding one or both of the uniques mentioned above.
– Console commands (“help SV-98 4 WEAP” will give you the correct ID) or In-Game ESP Explorer

– Why no levelled lists?
Mainly because it’s not really lore friendly and I find that most people would rather craft it or add it via console over buying it at vendors anyway.

– Patch for Horizon or other overhaul mods?
I won’t be doing any patches for other mods, anyone is welcome to make and release their own as long as it’s esp only.

– Xbox Version?
Anyone is welcome to port it to xbox, just send me a link so I can post it here.