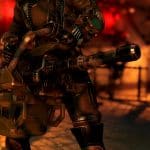 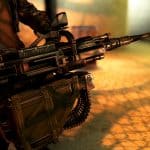 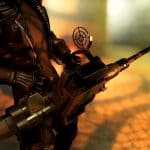 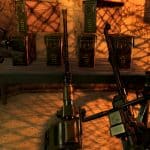 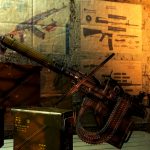 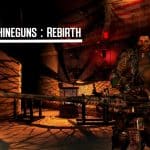 What many considered to be my signature work, the Mk22 and Mk19 remained the only heavy machineguns on the nexus to even try to make use of the Minigun animation set. Very few full HMG’s have come since, and If nobody else has the determination to expand the heavy arsenal then it falls back to me to show the way.

This, is REBIRTH.
Both classic machineguns are now rescued and revived, with two brand new weapons to boot:

All new textures created in Substance.
All new meshes rebuilt from scratch in 3dsMax, with custom working collision and physics.
All new plugin in esl and esp format to your preference.
All new scripted LList injection adding the weapons to vendors and select enemies.
All new instances of the weapons placed in the worldspace for you to discover.
And all of this wrapped up in BA2 archives, NO MORE LOOSE FILES!

Machineguns Rebirth is my machineguns at their full potential.

Future plans for this mod:
v1.0 does not include any extra skins or turrets, these will be coming in v1.1. I decided that rather than make everybody wait another couple of weeks I’de release what I have, which is 4 fully functional weapons. Aside from these omissions, the mod is pretty feature complete. So v1.1 will be the main update before moving on to other things.

Installation:
1. Make sure your game is set up to play mods (Archive invalidation)
2. Download the main file.
3. Install with a mod manager of your choice OR extract the contents of the main file to your Fallout 4 “Data” directory.
4. Activate “Skb_MachinegunsRebirth.esl” in your load order.
5. Load up the game.
6. Smoke some fools.

There is a settings holotape that is added to your inventory on first load (and craftable at the Chem bench) which has an
option to spawn the weapons directly to your player, you can use this option as many times as you like.

All of the weapons have optional scripted LList integration that can be activated from the settings holotape. If activated you will find all weapons and ammo on vendors and enemies in the world. There are also several locations in the world where you can find and loot each weapon, those locations are:

National Guard Barracks Armory: Mk19 on a shelf near the PA frame
GNR Building: Mk19 in the Lobby, Mk22 in the Basement.
Federal Ration Stockpile: Flack Gun in the interior.
Listening Post Bravo: Flack Gun on the sublevel, second room.
Federal Surveillance Centre K-21B: Mk22, AGL, both on the bottom floor near the PA frame.

Do you feel shortage of some options and features in Fallout 4? No worries, we have an exclusive offer for you – Fallout 4 Mods. With these mods everyone can develop the game and adjust to individual needs. Play smarter and get the best with Machineguns Rebirth Fallout 4 Mod – your competitors will be powerless. Surprise them right now and increase your score right now. You are able to update your game within few clicks. Don’t miss this chance! If it sounds great, don’t wait a second anymore, this is a perfect chance to get the significant benefit against your competitors without spending much time or money.