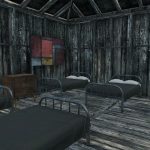 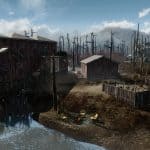 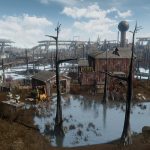 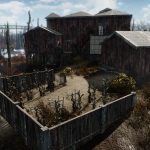 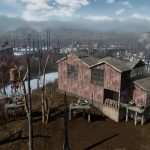 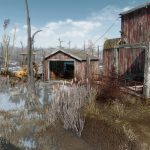 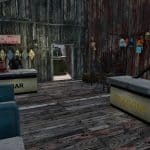 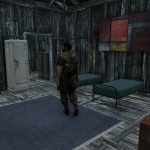 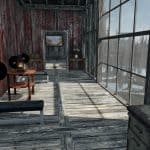 I always considered Murkwater Construction to be such an eyesore, that I’ve just avoided it. The majority of the lot was taken up by lots of dilapidated walls that can’t be scrapped (without mods) and swampy water. Building on what’s left of the lot just was overly cramped for my style. So I built on top of the existing structures, still leaving some breathing room and open space. This is a smaller settlement with 9 beds (although room for more if you switch to smaller beds) and two shops to get something to eat or resupply ammo.

This uses Slot #29 of Transfer Settlements. Please download manually if you already have a blueprint in that slot or just want to assign it a different slot.

Scrapping prior to import is minimal. Get rid of the couch and the cars. The trees should be fine unless you’re using a tree mod. You can leave that little table next to the workbench. I liked it so left it there.

Setup and Stability: For a stable setup after importing, I head to a distant interior location such as one of the Commonwealth Express Courier Stations﻿. Once inside I save, exit the game, log back in, sleep for three days, and visit the settlement.