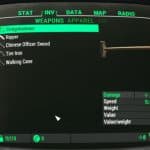 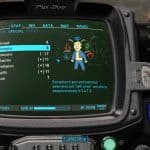 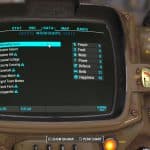 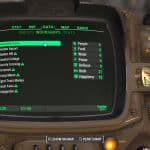 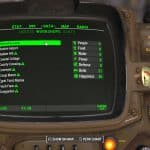 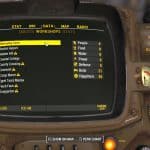 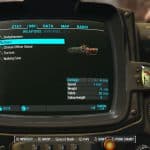 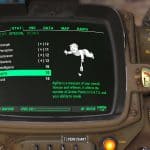 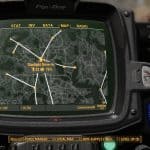 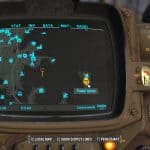 Bring back some colors to the screen of your Pip-Boy!

Intro
If you ever deactivated the Pip-Boy visual effects (bPipboyDisableFX=1), you may have noticed this makes the texts much easier to read, but on the downside everything on pip-boy interface becomes black & white – lifeless and lame.
There is a mod called “Gold Kit Color for Pipboy” that adds a interface with golden details (quite nice!) but unfortunately the author has never added compatibility for mods like VIS-G or Horizon.

So, take my mod as a “updated version”: it’s does the same thing, it’s compatible with VIS-G and Horizon, in 4 different colors schemes.
ps: no assets has been reutilized from original mod.

Colors
The RGB colors below can be used in your Fallout4Prefs.ini, if you want your game HUD in these colors – you’re welcome!

Blue Nuka Cola (aka Fallout 3/New Vegas blue)
Blue… like you know, the Nuka Cola Quantum™. I wonder how it tastes? I am not curious enough to buy one however.
This is my favorite by the way, if that matters.
HEX #2ecfff
[Interface] iHUDColorR=46
iHUDColorG=207
iHUDColorB=255

Green Mutant (aka Fallout 4 green)
The new green implemented as the default color for Fallout 4, is vivid, full of life, and brilliant.
Why Green Mutant you ask? well I don’t know, it was that or Green Hulk.
Damn it, now that I think about it, Green Hulk really would be a more flashy name.
HEX #12ff15
[Interface] iHUDColorR=18
iHUDColorG=255
iHUDColorB=21

Orange Mojave (aka Fallout 3/New Vegas yellow amber)
New vegas reminds me of explosions, explosions remind me of KonoSuba.
I was originally calling this color “Orange Bakuretsu”, but probably nobody would understand the reference, so I gave up – sorry for wasting your time writing this.
HEX #ffb641
[Interface] iHUDColorR=255
iHUDColorG=182
iHUDColorB=65

Map
The map icons are slightly smaller than the Vanilla game ones (credits to Feyawen), but not too small – it should please most users.
I purposely used a high contrast color on the objective and Power Armor icons, this makes them a lot easier to see (ie: blue nuka map > objectives/PA will be orange).
I don’t intend to offer different sizes, colors, or patches, at least for now.

Requirements / Compatibility/ Installation
The only hard requirement is disable the visual effects of Pip-Boy screen, you can add this command in Fallout4Prefs.ini or Fallout4Custom.ini:
[Pipboy] bPipboyDisableFX=1

-Ultimate Colored Vault Boy by talamoana – right know, UCVB modifies just a few files, so it is fully compatible.
-Vault Girl Mod by Neo’s – partially compatible, if my files overwrite it, some girls will be boys again. I have no plans for a complete patch.