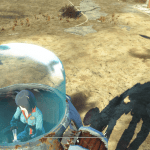 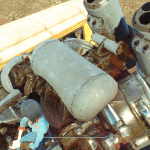 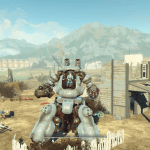 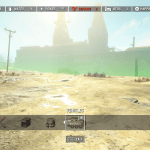 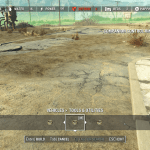 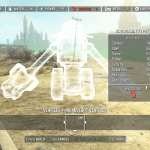 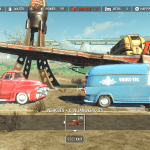 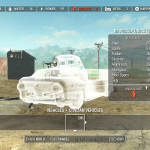 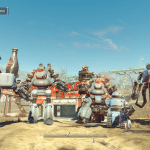 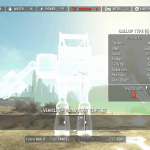 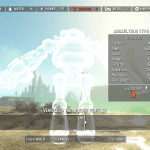 A rebuild and reorganization of Gobbachev Gou’s RidableBot mod, featuring some tweaks to bot stats to scale better with higher difficulty levels and some additional quality of life improvements such as a making the bots buildable and a call bots item.

Ridablebot Rebuild
Description:
What is this? Very simple really, it is an attempt to make some smaller and some larger improvements/changes to Gobbachev Gou’s RidableBot mod. Some of these changes I’m sure people will appreciate, others I’m sure they will not. I will try and keep this updated as and when I find ways to improve elements already present or when I figure out how to implement new things. Although, I must concede that in large part I’ve barely taken the time to scratch the surface on how it works. That said, all programming is procedural, so with enough time I should hope to be able to figure it out.

Changes:
Scaling is a fairly significant change, with all the ridable bots having had their scaling increased substantially to fit the cockpit torsos better in most cases.
~ This is certainly the case for the Handy torso on its skeleton and on the Protectron, Assaultron and Sentrybot skeletons.
~ Additionally, the Sentry and Robobrain torsos have been scaled to better fit the Sentrybot Assaultron and Protectron skeletons.
~ The Gallop type is really only optimal with its associated cockpit mods and has been changed the least.
Stats for the ridable bots have been modified, mostly so that they retain effectiveness at high levels and on higher difficulties.
~ All types have increased defense values, limb health, and modifiers to their damage output so they’re no longer tickling enemies with feathers.
~ Melee weapons continue to vary between being foam baseball bats that may do some decent amount of damage, and ballistic death hammers that immediately kill you.
~ Most bot types have had their base speed increased, some to nominal levels, others far higher. The Handy type now enjoys a significant boost to speed, with the two driveable vehicles enjoying massive speed boosts to offset how awfully slow they are by default.
~ Protectron type skeletons now make the same heavy footstep sounds that the Assaultron and Gallop types do.
The call bots switch and pilot rings storage box outside Sanctuary Hills and the Red Rocket Truck Stop have been removed. This should hopefully resolve some conflicts with other mods that change those cells.

Additions:
One major problem I had with this mod from the start was the fact that there was no way to move Ridable bots from Vanilla to DLC worldspaces without using console commands, so now everyone can enjoy what I’ve enjoyed for about a year, a call bots item.
Further to that, building your very own mecha arsenal, you can now build each type of Ridable bot from the workshop menu under a new menu tree. You will also be able to build the call bots device and the control rings, although the call device can sometimes fall through surfaces. To ensure some semblance of balance, these are gated by resources for now. If you can build one early game, you’ll be coasting handily, but the items (bots especially) can be costly.

Things being worked on:
Making Power Armor compatible with riding, some problems related to the controlling side of things, also the model was not animated to pilot anything, so it ends up looking a bit dodgy.
Making the Handy type flight capable, flight actually works quite easily, but you can’t descend unless entering combat on autopilot, or ascend unless first going up hill. Basically, no vertical movement control available to the player.
Adding Liberty Prime to the lineup of Ridable Bots, did do it in the past, but couldn’t get the weapon to work, stomp still worked though.

Future Plans (hopefully):
Changing the static spawns to fluid encounters, chiefly to reduce potential conflicts with other mods that affect the worldspace.
Hotkeying or grouping weapons as to allow players to control each weapon manually as opposed to using the AI.
Finding a way to either specify targets or manually aim the weapons.

Bugs that are still about:
Guns are unusable until entering combat for the first time, unless weapons and/or parts are modified at the Robot Workbench.
Handy types sometimes won’t melee with weapons on thruster arms.
Scripts break, camera control dies, weapons won’t fire at all, reloading fixes this.
F4SE and Fallout 4 version… Well, I’m running it on F4SE v0.6.17 for the 1.10.138 version of the Fallout 4 executable. It may or may not work with older or more recent versions.

Feedback on this will be ubiquitous, especially around balancing things out. There are a lot of different encounters, lots of different combinations of parts that could appear on bots in the world. Some encounters will be too easy, others will be borderline impossible.

Acknowledgements:
Pretty much all credit for where it counts goes to Gobbachev Gou for his script wrangling abilities in making this mod possible.