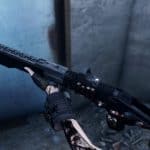 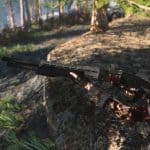 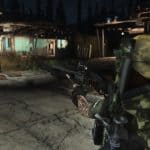 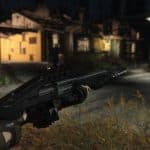 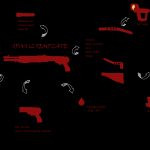 Become a bad boys from the eighties !! Hunt deathclaw as if you were in jurassic park, or choose a “I’ll be back” attitude. Use this stand alone spas 12 shotgun to do big boom !

SPAS 12
The Franchi SPAS-12 is a combat shotgun manufactured by Italian firearms company Franchi from 1979 to 2000. Used in a lot of games and movies

WHERE WILL YOU GET THIS GUN ?
You’ll get it in the chemlab under the spas12 category, or by console using the keyword spas1
LL list will not be done on this gun, It’s a rare gun, not a lot have been sold in the US

ANIMATIONS
ANIMATIONS BY WARDADDY thank you for your awesome work !!! (animations are coming from the mod MP153 reanimation). Animations in 1st and 3rd person.
Due to my technical limitation, animation is limited to 5 shells. But you can choose to extend to 10 shells with the 5 anim version (you just have to reload twice in fact
Standard version is fully compatible with Bullet count reload
a patch is available to use this gun without BCR but you’ll have the reload bug due to vanilla limitation.
Only automatic version animations, pump action is not available.