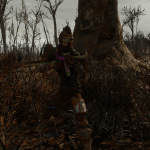 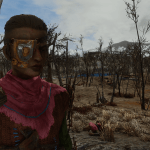 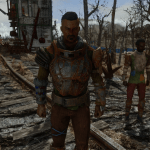 Do you find raiders boring? up for a challenge? this will make them a bit more interesting and a bit stronger!

Read this!
This mod is in it’s early stages and will need a few updates to make it work as intended.
any feedback is very appreciated!

What this mod does?
Well if you think it will bring big changes and new stuff! it doesn’t..
It is a simple mod that changes the raiders, trigger men, minutemen and a few npc’s.
So now to the specifics!

The main focus is raiders, it will make them look more like raiders that are crazy and having fun like what you’d think a raider would be like.
trigger men are made to look less like the mob and act more like a gang of survivers.
The minutemen are changed to look like survivalists using anything they can find, trying to rebuild from scratch.
And the random npc’s are just to give a fresh (survivalistic) look to the commonwealth. (City guards – city people – companions etc)
also the raider weapons and weapon leveled list have been altered to make them more realistic and challenging.