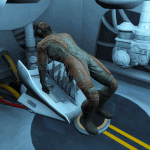 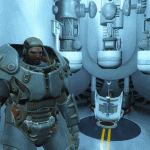 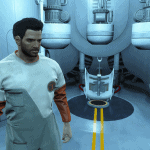 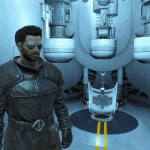 Provides a lore friendly method of forcing Danse to join the Institute during Blind Betrayal.

Please note that this description will discuss end game spoilers involving Danse, the Institute, and the Brotherhood of Steel. If you do not wish to have these things spoiled you should probably stop reading. Otherwise:

This mod adds an additional outcome to Danse during the Blind Betrayal quest. Since Blind Betrayal cannot occur until after the player has reached the Institute and learned about the SRB and escaped synths it seems like a missed opportunity that there’s no way to recover Danse and bring him back to the Institute after learning he is a Synth. (The morality of that choice depending on your view of Synths as sentient beings or not) So this mod makes it possible by adding a new tool in the SRB that “brute forces” Synth Recall Codes in a narrow beam that will disable a Synth hit by it. (See Other Notes) Afterwards a courser is dispatched to relay the Synth back to the Institute SRB for reprogramming. After Danse is relayed to the Institute, you can find him in the SRB chair and use the terminal on the wall to determine what his fate will be.

Special Thanks:
kinggath – Without his tutorials I would have been hopelessly lost in implementing my vision. Thanks so much!
greentea101 – Without the FO4 Voice File Reference Tool I wouldn’t have been able to reuse the audio from the base game. Which would have seriously compromised the quality I was aiming for.
xEdit 4.0.3 by ElminsterAU. Updates since 2012 include TES5Edit/SSEEdit/FO4Edit by Hlp, Zilav and Sharlikran. LOD management by Sheson. – FO4Edit was absolutely necessary because I somehow managed to nudge things all over the Commonwealth. Using FO4 Edit was the best “undo” I could find to make sure my mod only touches the bare minimum it needs to.
Oxhorn – His lore breakdowns were great for helping me establish my own lore as well as understanding parts of the game I had never seen so that I had a complete picture as I tried to make my mod fit in as closely as possible with the base game using the assets that were available.