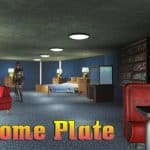 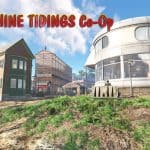 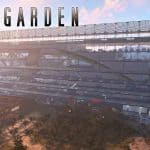 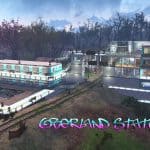 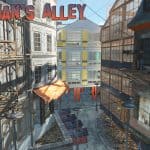 Settlement Pack 2 (on to the great green Jewel) – five in one
A while back I was asked if I had bundled some of my settlement blueprints. I didn’t at the time and have not played Fallout 4 for a while.
Then I received notification that CASS had been updated again. I decided that this time I would start a new game and adjust the settlements as I came across them.
I’ll release these in small packs before drawing a line under this game and moving on.

This is the second pack and my journey to Diamond City usually goes as follows;
I placed SunshineTraders Co-op first, then wandered down the hill to the water plant to clean it out.
Next stop was Graygarden, placing my second settlement before continuing to the Oberland station.
After completing the Oberland quest I placed the third settlement on that plot.
Next stop was Hangman’s Alley.
Finally, I went to Diamond City,purchased Home Plate and placed my fifth settlement.

Method
Sunshine; Delete everything except the signs. workbenches etc. and the robot’s computer/desk.
Graygarden; Clear the hill to save headaches later.
Oberland; clear as many trees and shrubs as needed.
Hangmans; clear all rubble/ bodies
Home Plate; remove the stairs, upper floors, beams and planks.
Other ;”Disable” and “Markfordelete” anything that won’t scrap using scrap everything.

The individual settlement pages have more screenshots, if you need a better idea of the layout.

I build these settlements for my own amusement. I’m not big on clutter, I just want to get my settlement as full as possible and make sure there are enough amenities…..If I have to go and help the settlement fend off the three raiders that they can’t deal with, the defences pretty much ensure they are shredded by the time I get there.
There is plenty of space to personalise the settlement to one’s own taste.

I don’t and won’t do requests…I have placed these files here for anyone who might deem them useful.

Do you feel shortage of some options and features in Fallout 4? No worries, we have an exclusive offer for you – Fallout 4 Mods. With these mods everyone can develop the game and adjust to individual needs. Play smarter and get the best with Settlement Pack 2 – 5 in 1 Fallout 4 Mod – your competitors will be powerless. Surprise them right now and increase your score right now. You are able to update your game within few clicks. Don’t miss this chance! If it sounds great, don’t wait a second anymore, this is a perfect chance to get the significant benefit against your competitors without spending much time or money.